Vulnerability
1. The state of being vulnerable or exposed. Type of danger
2. Susceptibility to injury or attack. Type of weakness
(according to vocabulary.com)

This week I was doing some research for another writing project, and it had me reviewing notes from a Beth Moore Pastors’ Wives conference I attended back in 2009 in Nashville. I came across these words I had written in a notebook.

What will I do in response (to the first session)? “Be vulnerable before God. Feel.” 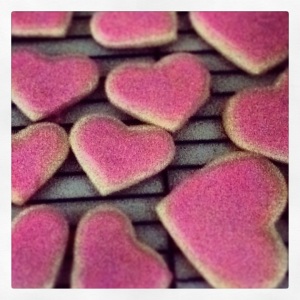 At some point, we had been encouraged to let our true hearts be seen and to allow ourselves to feel. That’s what I’ve got written in my notes. Because as Pastor’s wives, it isn’t always easy to do that in our own churches. I think they wanted us to experience a freedom in worship and teaching that was all our own. No ties to the speaker, so you don’t have to worry how it’s being received. Or how you totally disagree and spend the rest of the sermon, planning how you are going to tell said speaker at home. All.About.it.

Definitely there was a desire to set us wives free!

I do remember wanting to do exactly what I had written down. Be vulnerable to God. Feel. I did try to do that, then I went home and over time, the cave became more comfy. The self-protective walls like a security blanket. Who wants to be vulnerable before anyone, let alone God? I mean, look at the definitions I copied at the beginning. Isn’t being vulnerable setting yourself up for hurt? I don’t really like the words exposed or susceptibility, weakness or injury. None of those things make me want to do this thing. Zero.

It’s not just about people either. If you follow Jesus then you know how much more scarier it would be to open yourself like that before God. Not scary in that He’s scary but more about the fact your heart, mind and attitude is an open book before God. He sees it all. And He can deal with that perfectly fine. The problem is that we don’t want to deal with it. Because really it’s easier to ignore the places deep down that we don’t like. That little bit of jealousy. The real reason we hide behind our masks and busyness. The blackness of our hearts that we dress up in laughter, sarcasm or sniping. We fear being exposed like that because we don’t want to see it. But we lose out if we aren’t vulnerable.

If we can be brave and turn to vulnerability, some cool things can happen. Vulnerability = Exposure = Openness. Allowing ourselves to have an attitude of openness is one of the most freeing experiences ever. Your senses are alive. You are on the alert for whatever it is you are looking for. Openness is expectation. Turning to something is usually a sign that we are expecting good. Turning our backs on something signals we are expecting bad. So turning to vulnerability is really a signal we are hoping for something good.

And so we should. God is good, all the time. That’s the saying. God calls himself good in scripture. His plans for us are for good, says Jeremiah. I have come to realize that good things can be hard things. It may take a while to get them to shine but eventually they will. But first I have to be open to the hard things. To grab hold of them and stare them in the face. Sometimes it’s a fight. Other times it’s surrender. Often both.

I forget the kindness of God. Reading Beautiful Outlaw by John Eldredge reminded my how gentle Jesus was with people. People who turned to Him. The law-breakers. The tax collectors. The sick. The VULNERABLE. He told them truth and showed them the way to it but He was always kind and gentle. Why do we think He’s changed? He hasn’t. He won’t. Still.The.Same.Today.

He’ll be gentle with our exposure and our feelings. It’ll probably be hard and it will hurt. But having to deal with our issues, our feelings with a good and kind Dad is sure a lot easier than not.

That spring weekend in 2009, I turned to vulnerability and emotions. I let God in. And I discovered some things I had buried deep. I acknowledged their presence and I have spent the last few years dealing with them. In some ways, that weekend exposed the lies that I let define my life. If I hadn’t turned to that vulnerability I may have missed out on that particular beginning. A beginning of healing.

Rereading my notes again this week, makes me wonder what would happen if I chose vulnerability again? There are some areas… I need to open up and expose them to God’s truth and healing touch. That’s extremely scary to consider. I like my walls. A lot. Doesn’t make it good for me though. Being reminded of what happened that weekend makes me wonder what I’m missing out on in our Dad’s big grand plan? Maybe my self-protection isn’t just protecting me from the crappy stuff, it could be keeping me from the good stuff too. It could be this blast from the past is actually an invitation from my Abba Father to come out from hiding, to embrace what He wants to do in my life. Do I want to run (again) or do I want to be vulnerable and trust His goodness? Turn to or turn away?

Aramaic Bible in Plain English
Because Lord Jehovah is good and his grace is for eternity and his faithfulness for a generation of generations!
Psalm 100:5