The Scandal of Christmas

As I sat listening to my husband preach on Sunday (yes I do listen!) about Jesus loving all people and how we should follow His example, I was struck by the whole scandalous nature of Christmas. It’s nothing new. People have written and preached lots, on the scandal of Christmas over the years. I am probably not telling you something you don’t know but these were some thoughts that came to mind about loving all, even those you don’t like, and the scandal of Christmas.

The whole nativity story is ripe with scandal. For some of us, we know the story inside and out, but let’s not let the well known facts get in the way of the actual story and real meaning of the birth of Christ. 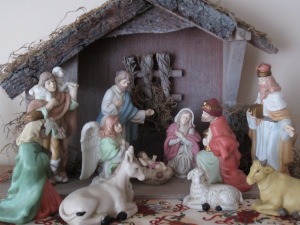 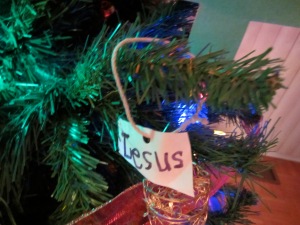 I’m sure Mary’s claim to have been visited by an angel after four hundred years of silence, raised a few eyebrows. Scandal doesn’t even begin to describe Mary’s pregnancy in a day and age when she could have been stoned for such a crime. The Nazareth gossips were probably in a tizzy trying to get all the salacious details. A pregnancy outside of marriage brought shame down on not just Mary, but everyone she loved.

Joseph had the “right” to divorce Mary. He was an innocent party in all this. But God asked him to give up those “rights” and marry Mary. God asked Joseph to raise and love the God child, a son who wasn’t his own. It was outrageous God would even ask that of Joseph. What would people think?

The thing that shouts loudest to our selfish “you’ve got rights” society today, is the scandal of God asking Joseph to give up his “rights”. Rights to divorce Mary. To lead a normal life. Joseph, in view of the world, could walk away, scandal-free. He chose not to. Instead he dived right into the mess. Joseph obeyed God rather than claiming his “rights”. It’s downright scandalous in today’s society that someone give up their rights and privileges.

Then there were the shepherds. Wasn’t it an affront to the religious leaders of the day that they were the ones who received the news first of the new born Saviour? These guys were the lowest of the low in society. Yet they witnessed one of the grandest shows in the sky this earth has ever seen. And then they got to see the new born Saviour! It was more than any Jew could have asked for! Especially a shepherd.

It was not just a scandal but also a tragedy that Herod killed off so many children in his egomaniacal attempt to find the one who threatened his power.

It was scandalous that men from the far East came to worship this new King. Francine Rivers pointed out in her book, Unafraid, that they were probably Gentiles. I had never thought about that. It would have broken every rule for these men to step inside and be near the toddler King.

But the biggest scandal of a story ripe with black marks in the world’s view, is that God, the creator of the world, loved us so much that He gave up His one and only Son for us. He loved all. Mary. Joseph. Their families. The town gossips. The lowly shepherds. Herod. He sent Jesus to earth, to save us all, even those who wanted nothing to do with Him. Who wanted him dead. It’s still the same today. The scandal of the cross should rip our hearts apart because it represents the outrageous love He has for us. Because in the end, we are all the same. People who live in sin, hate, lust, apathy, etc. We are no better or worse than anyone else. He loves us all. As we are. It’s scandalous. 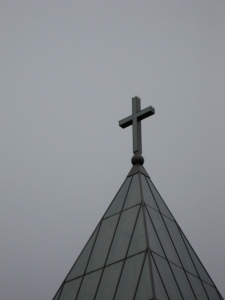 This Christmas will we accept His scandalous gift of love?