Lent: Learning to be #Beloved

Lent has begun. I skipped pancake Tuesday because well, I hate pancakes. Too much sweet and honestly, it’s breakfast for supper which I despise.

However, I decided to join Margaret Feinberg in reading through the Book of John and colouring and doodling my way through her book Beloved: 40 Days in the Gospel of John. I went through the New Testament with Margaret a few years ago during Lent, which I really enjoyed.  This year’s idea intrigued me. 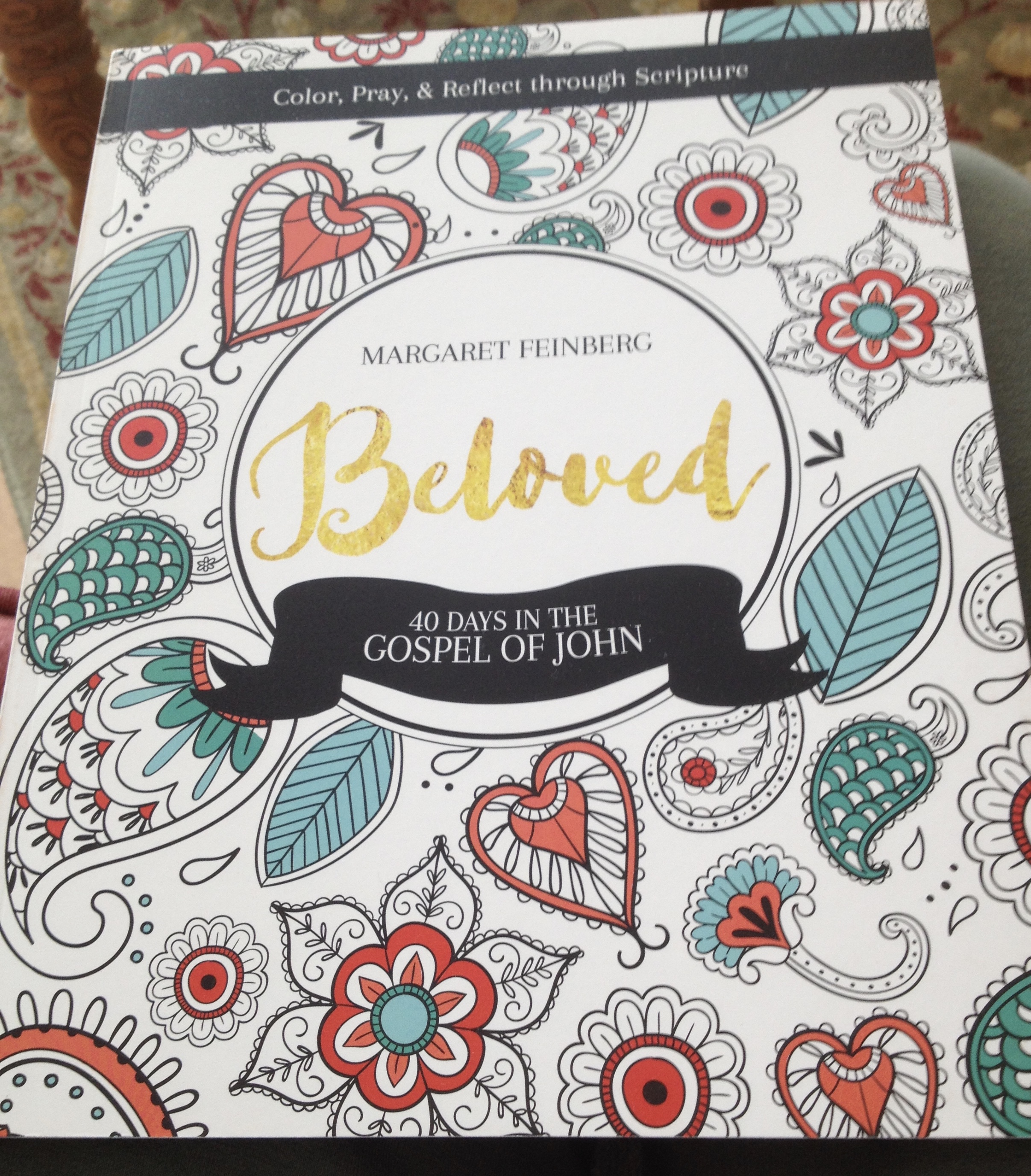 To be honest, I haven’t participated in Lent recently. Bible reading had become a chore and a have-to-do and so I stopped. What was the point if I was just going to be fake about it, right? So I read when I felt like it but mostly I didn’t engage in daily devotions. There I admitted it.

By the end of 2016, God was nudging me. It was time. I picked up Jesus Calling by Sarah Young. I had read it before and liked it. It appealed to me. It was short but meaningful. A good start for a prodigal bible reader.

I’ve kept it up too because at some point you have to stop going by feeling and instead go by faith. But I felt the need for more.

Then, I saw Margaret’s book and decided to order it and work through it for Lent. I liked the idea of marking the text in colour and the creative aspect of working my way through scripture. I hoped it would help me to love reading God’s Word again or at least ignite a spark.

Margaret admitted to starting early because she was so excited so I admit I cheated a bit too and read the scripture through yesterday and started to circle the verbs in red. I was in a bit of a panic because I wasn’t sure I could spend that much time in the Word. I doubted myself as I read. What was a verb again? (Hello, English major here!) I thought to myself, “I can’t do this! It won’t be perfect!” But I made myself start.

I’m glad I did because today was not a good start to Lent. I was grouchy. The basement has a leak that we can’t find. It rained all night. Life happens and I forgot about Lent and reading Beloved.

I saw the email in my inbox after dropping the boys off at school. A reminder. I realized I didn’t really want to do the day’s reading. I wasn’t feeling it. Ironically, Margaret has suggested asking ourselves at the end of the day’s reading, “What do I most need to read but least want to hear?” Welllll today I just plain didn’t want to read God’s Word, any part of it but it’s what I most needed. Maybe not a great way to start Lent but for me, today, it is what’s happening. It’s what’s real.

The good news? God meets us in our very real places. Once I got reading and marking and colouring, I had fun! It’s the best time I’ve spent in God’s Word in a long time. It was just for me. No studying for a message or any other agenda. It was just time for me and God. I felt lighter for it. 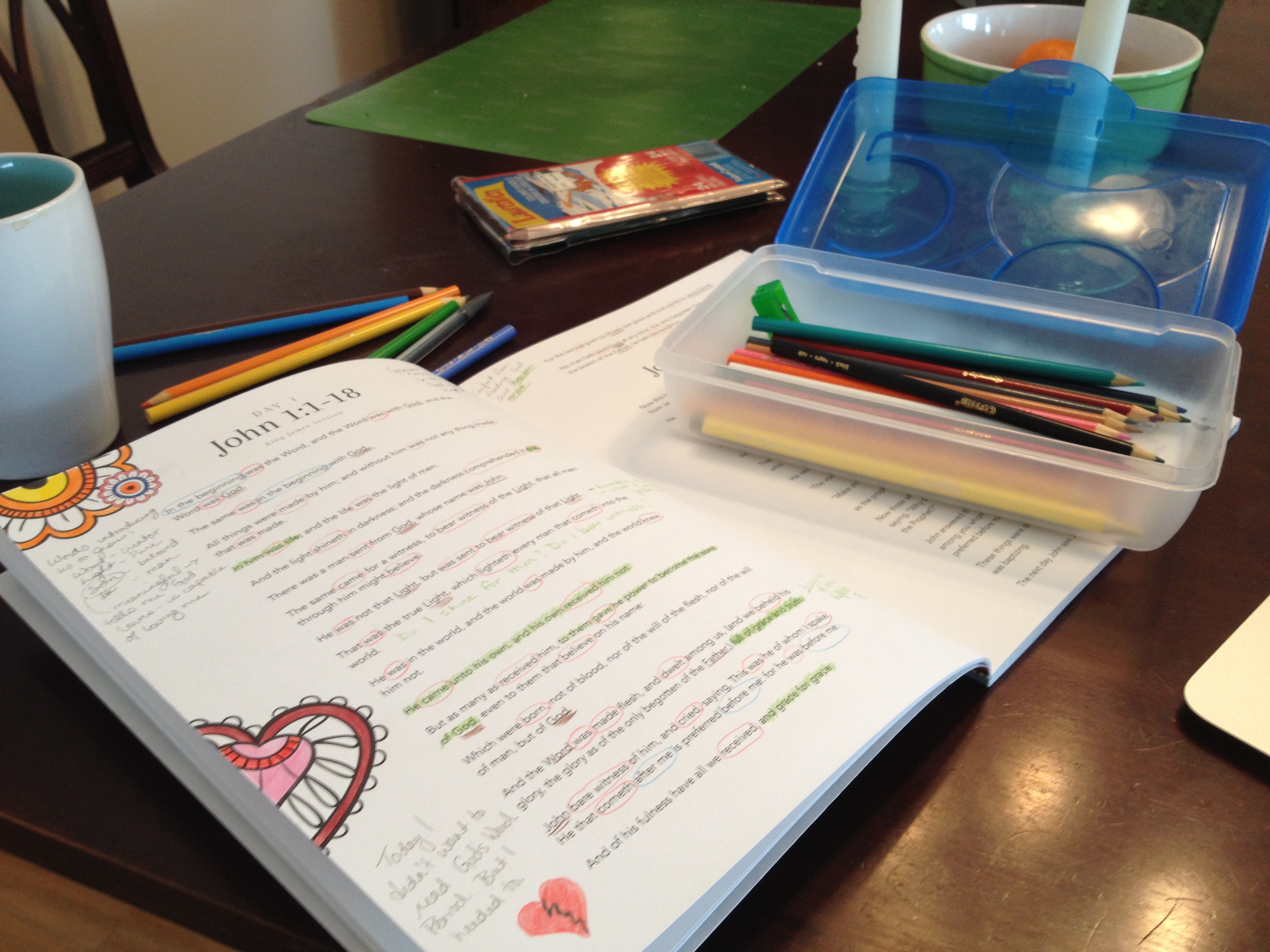 I’m pretty sure I’m going to be challenged by both scripture and the discipline of sticking to the readings, this Lent season. I have let these muscles atrophy. But already I have learned that God doesn’t expect perfection. (Thank you Margaret for making that point!) I don’t need to mark up my book perfectly to learn from it. I just have to do it! He graciously and generously fills in the rest.

What are you doing for Lent this year? It doesn’t have to be complicated. I think if you just take the step forward, He’ll meet you wherever you are. Because that’s His character and He loves you so very much.

Here’s a link to find out more about Margaret Feinberg’s Beloved study for Lent.