I am regretting my one word for the year. Not that it was really my choice. It was the word I felt God gave me for 2016. I know why. It’s hard. I am really bad at TURNING. Bad at TURNING TO in fact. I’m actually very good at TURNING FROM or TURNING AWAY FROM. My back is probably my most well known feature.

The problem is most of the time, I don’t want to TURN TO much. It’s wrapped up in obedience, being open and trusting. Can you relate?

But the thing I realized this past week, is that if I don’t start TURNING TO rather than TURNING AWAY, life isn’t going to change much. It’s fact. The choice is up to me.
The talk is easy. The action, not so much.

What I see is inspiring though.

It’s made me take stock of what I do with my time and how I interact or don’t, with the people around me. I fritter away the valuables in life. Like tossing out the garbage without a second thought. Although time is important it isn’t everything.

I had mixed feelings about doing something because it was going to take a day to get it done. I didn’t think I could lose a day from a few projects I have due in a few weeks. Then I thought about what it would mean to the people and to me if I did it. It changed my perspective totally. It wasn’t about the time lost. It was about the investment in the people and in myself. By the time it was over, I didn’t even notice the lost time. Because it wasn’t really lost. I had invested well. 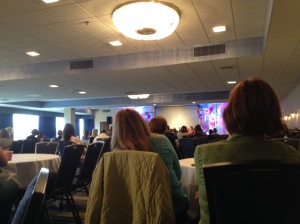 I think if we want to get more comfortable with TURNING TO, we need to use a different filter. We need to drop the lens of time and of productivity. We need to look at people and see the value in them. That productivity isn’t about a task completed but maybe more about seeing relationships deepened or formed. An investment of time and love in a future leader. Making the later, lonelier years more enjoyable for a senior. That’s all productivity on a relational scale. Time well spent. The satisfaction more eternal and deep than checking off a DO TO list. Some of you know this and do it so well. For others of us, it’s a challenge.

Don’t get me wrong; both To Do Lists and investing in people and ourselves are good. They have their place. But I know I’m a little off balance. Maybe I need to even it up a bit and TURN TO life and living, to people and not just tasks and time management.

“We don’t drift in good directions. We discipline and prioritize ourselves there.” ― Andy Stanley