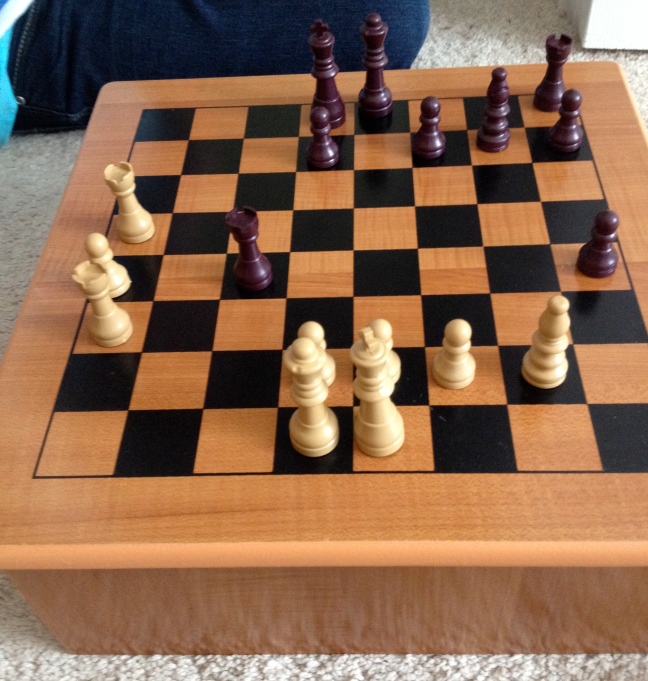 It’s a PD day for my kids today which is why I’m posting late.  Waking today I was mildly irritated and slightly panicked.  What was I going to do with them all day?  They are up by 6:30 am.  By 9 am they’ve already put in a whole morning!  They just barely got back to school, what with snow days and holidays!  My oldest was bored halfway through the holidays and was practically jumping out of his skin to go back to school.  It didn’t bode well for me and I knew it.  I was going to have to be proactive and honestly I just wanted to follow my own agenda.

I mean I had a blog to write.  I had to do some baking for my gluten and dairy-free son or I will have nothing for lunches for the week.  I’m behind in my bible study homework!   I wanted to do my own Monday routine.

But I knew that left to their own devices the day would blow up in all our faces.  I’ve been there too many times already to know this truth.  The bickering would start between the two of them which would lead to me yelling at them.  Or the TV and computer would dominate the day.  I chose NO to bickering, yelling, TV and computer babysitting.  I would have to step it up today.  I CAN.

One of the things I did today was let my youngest son teach me to play chess.  I asked him if he wanted to play a game.  He said chess.  I usually say at that point, “I don’t know how to play chess.”  Instead I said, “Okay but you’ll have to teach me.”  He had no problem with that. 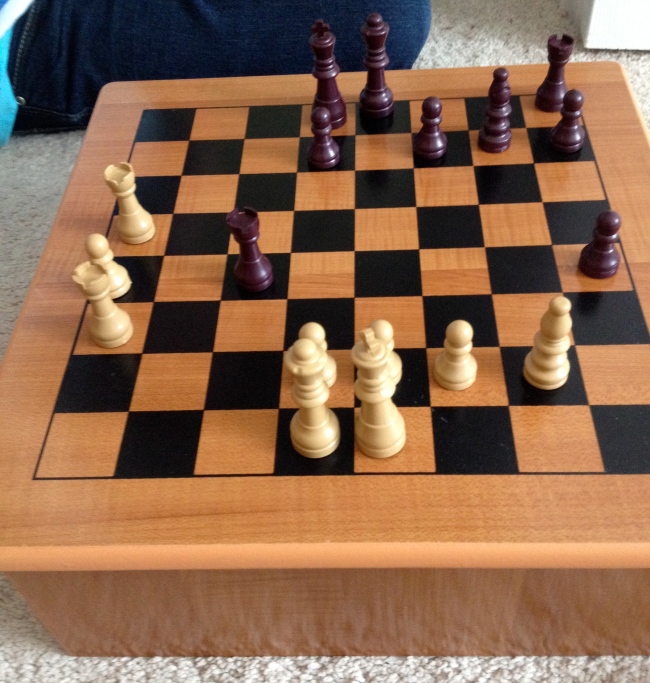 This is what I learned as I learned to play chess today:

1.  You have to try something to know if you like it.  I hate board games.  But I’m finding out that I don’t mind strategy games.  I thought I would hate chess but I liked it.

2.  You have to try something to know if you can do it.  We are always telling our boys this.  I should try taking my own advice!  I thought I wouldn’t be able to remember all the rules of chess but I did!  And I liked the stretch on my brain as I played.

3.  My son is a good teacher.  He was able to tell me effectively how to play.  He was patient with me.  He didn’t take advantage of me but offered suggestions or hints.  There was no wild parties after he beat me four games straight.  Instead he complimented me several times how quickly I was learning and getting better.  I think he enjoyed teaching him mom something new.

4.  Giving that time was good for all of us.  I felt good about having spent time with him.  I felt good about myself as a mom, as a person.  Too many times, I’ve only felt regret and remorse.  I made the better choice today.  Him, over all the other stuff that is less important.  It actually brought all three of us together for a time.  The other boy took a video of our last bit of game, giving a commentary of the exciting chess match.  It made us laugh.

I feel like I accomplished something today.  My house is not really all that clean.  There still is some laundry left from the weekend.  I did bake peanut butter cookies for my oldest but no gluten free ones yet.  But in a way I feel like I won today.  It wasn’t a perfect day by any stretch of the imagination but it was a better day.  I ditched the irritation and panic.   In the past, well let’s just say it was a rarity.  I wished it would happen.  Today I didn’t just think it but I acted on it.  I faced reality that if I wanted the day to be a success, I had to participate in it.  Actually that was probably the biggest lesson I learned playing chess.  To be successful, you have to show up for the game and play.  You can’t just wish it to happen.

2 thoughts on “What I Learned From Playing Chess”